Book a table Book
A TABLE

The Botanist Bath - A Building With A Curious Past

Read all about the history of our beautiful venue in Milsom Place, Bath...

The Botanist Bath, Milsom Place has been open for 2 weeks and it’s been blooming lovely welcoming so many of you into our botanical haven!

If you’ve had the chance to visit The Botanist Bath, you may have spotted the octagon shapes that feature throughout the building in the dome, bar and overlooking gallery. In fact, the whole building is an octagon shape - which makes it very unique to Bath - and us.

Read more about the history behind our beautiful Grade (II) listed venue and building, The Octagon below...

A Bath Building With A Curious Past

In 1777, the area where The Botanist Bath now sits was once the site of gardens and orchards located outside the city walls. As the city expanded, buildings such as The Octagon began to shape the city.

Built as a private chapel for the well-to-do, The Octagon was advertised as 'the only safe place of worship in Bath as there are no steps to climb and no bodies buried below'. The chapel was hugely popular with Georgian visitors and many famous people, who described it as ‘The most fashionable and elegant of Bath’s proprietary chapels’ and the place ‘to be seen’.

During this time, the basement vaults were used by high society as a place to store their wine below the chapel - giving the rise of the saying, 'Spirits above, spirits below'. Even more fascinating, William Herschel (the discoverer of Uranus) was the Organist and it’s alleged that Jane Austen reserved and rented a pew for private use whenever she was visiting Bath!

It remained a place of worship until the late 19th Century, after which it was converted into Mallet & Sons antique showroom in 1901, used by the Air Raid Wardens and as a rations dispensary during WWII, converted into the Royal Photographic Society’s HQ until 2000, and more recently used as a public hall for exhibitions. 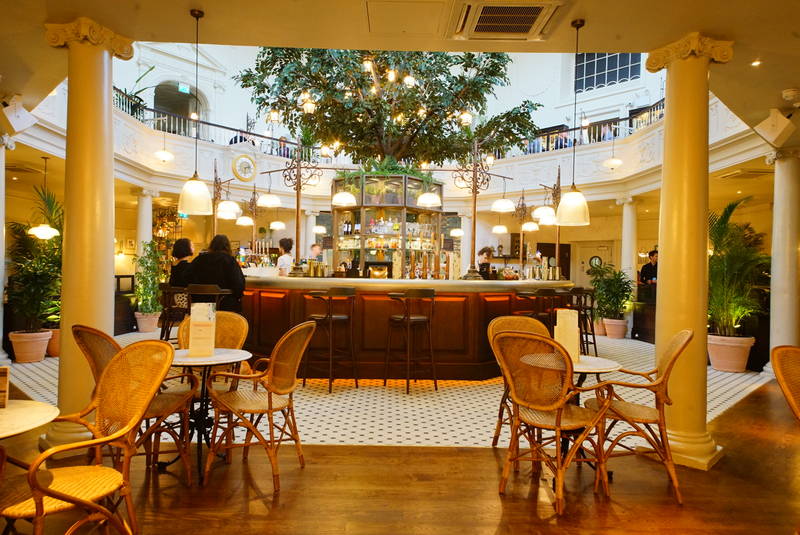 A visit to The Botanist Bath is made infinitely more interesting when you know our curious history. Book a table below and enjoy a dining experience like no other inside our unique building. 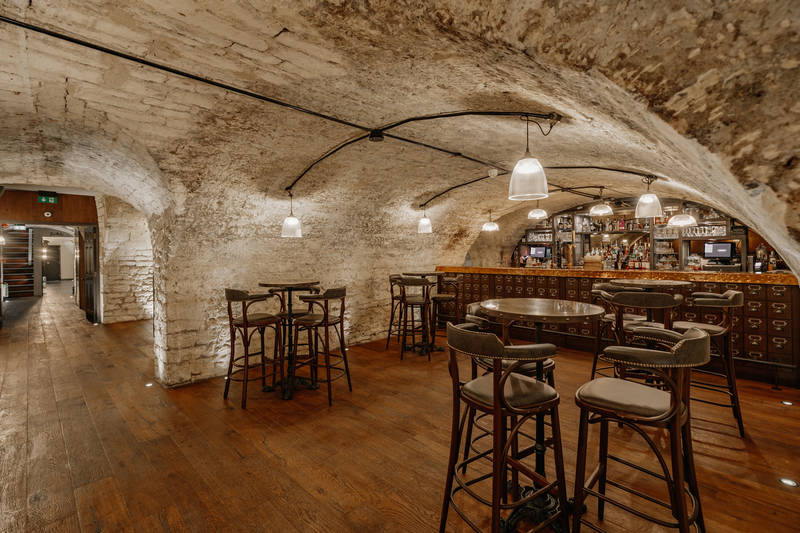 Don’t forget to venture downstairs and visit Beneath, our sister bar inspired by the darker side of botany.

Located underneath The Botanist in the basement vaults (once used as wine storage) is a space that has been resurrected as Beneath - an apothecary-style bar - where the lively gather to sip rare elixirs and curious cocktails in Bath.

Beneath Bar houses an impressive drinks menu, including cocktails, spirits, tonics and botanicals - from traditional favourites to rare and curious elixirs! The flavours are bold and crafted only for the adventurous! At Beneath, the bar is no longer a bar, it’s the apothecarist’s lab - ready to welcome all in Bath!

Curious about Beneath? Want to know more?

Sign up to our newsletter to receive emails filled with electronical enlightenment, insights and ideas from our exceptional experts!